'Couldn't have happened to a better person. I guess since he is a cancer to society, life is imitating art here.'

Soon after conservative radio icon Rush Limbaugh announced on his Monday program that he has advanced lung cancer, leftists on social media — as we've come to expect — tore into Limbaugh with gusto.

Writer and comedian Nick Jack Pappas served up this take: 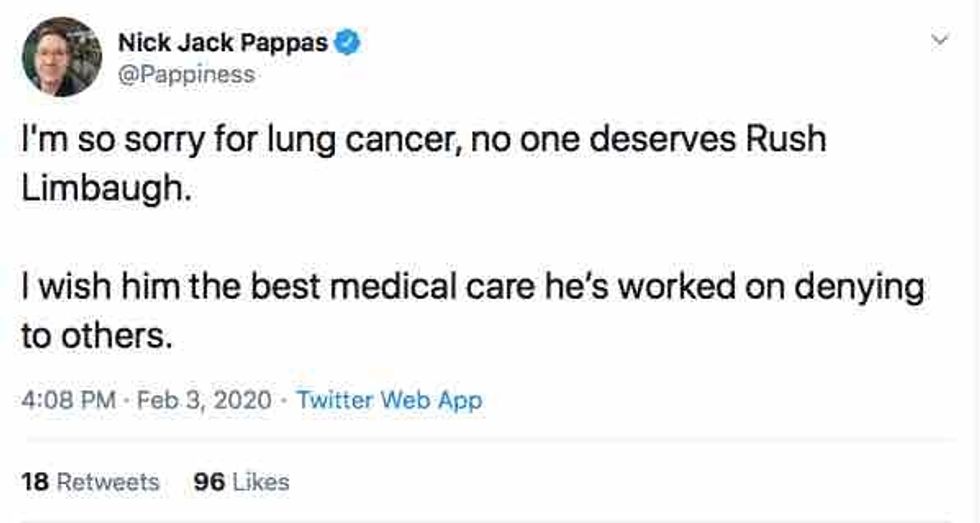 The Rude Pundit, who boasts over 72,000 Twitter followers, let his F-flag fly:

Another comedian, Nick Ciarelli, had the following to say to his nearly 24,000 followers: 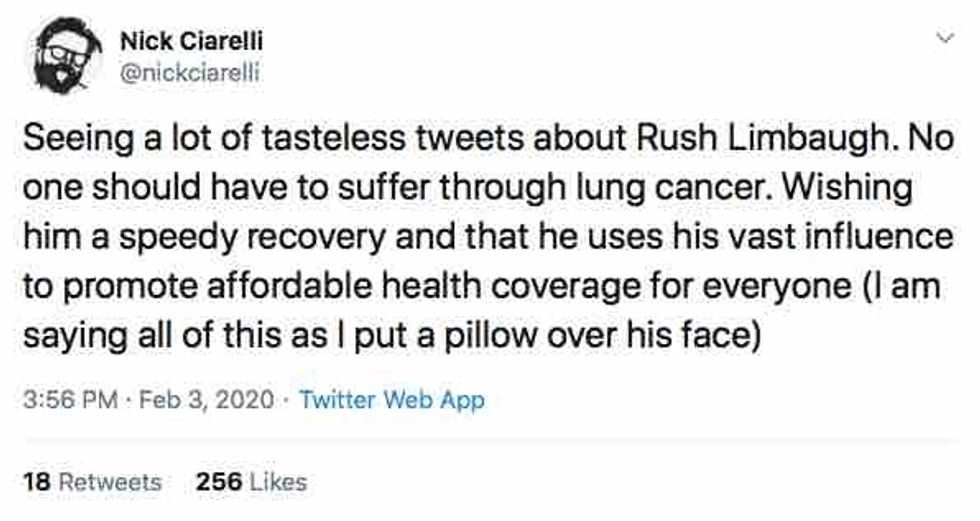