Five Reasons Why I Would (and Wouldn't) Vote for Donald Trump

We like so many of the things Donald Trump says that we ignore all the things he says we find offensive. What kind of message is that sending?

Republican presidential candidate Donald Trump pauses while speaking about his tax plan during a news conference, Monday, Sept. 28, 2015, in New York. The Republican front-runner is calling for an overhaul of the tax code that would eliminate income taxes for millions of Americans, while lowering them for the highest-income earners and business.(AP Photo/Julie Jacobson)
Kimberly Fletcher

It’s fascinating to me that people still wonder why Donald Trump is so popular. It doesn’t seem to matter what he says or how he says it people just keep flocking to him. The media may not like him, his fellow candidates may cringe every time he opens his mouth and the Republican Party may despise him, but a lot of us hope he keeps doing what he’s doing. For those who just can’t understand his attraction, let me tell you why I would vote for Donald Trump.

1. Donald Trump Is Beholden to No One

I’ve been on K Street in Washington, D.C. and I’ve seen how the beltway works. Big money companies buy and rent real estate right up close to the capital, hiring full-time lobbyists to wine and dine members of Congress. They spend their day schmoozing with staffers creating a network of bribery and blackmail Americans seethe at and are fed up with. 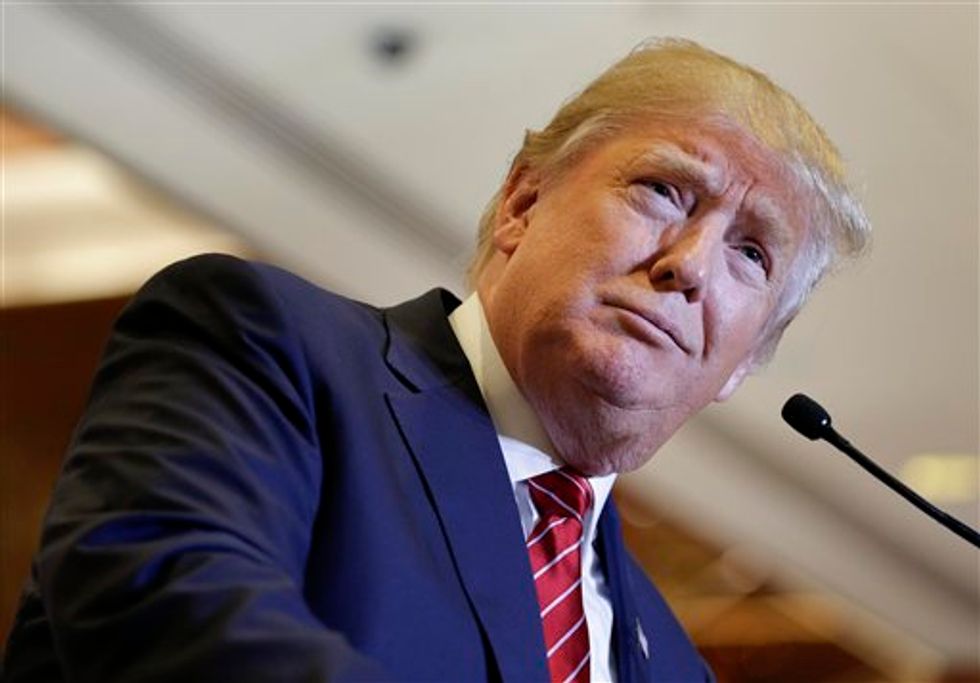 Republican presidential candidate Donald Trump pauses while speaking about his tax plan during a news conference, Monday, Sept. 28, 2015, in New York. The Republican front-runner is calling for an overhaul of the tax code that would eliminate income taxes for millions of Americans, while lowering them for the highest-income earners and business.(AP Photo/Julie Jacobson)

He can’t be bought. He says what he thinks, calls it like it is, and that upsets the status quo. But status quo is exactly what so many voters like me want to see change. So when he challenges the status quo, we like it, love it, and want more of it.

2. Donald Trump Is An "Outsider"

Donald Trump has not served in political office, which makes him a direct threat to the establishment. He stands up to party leadership and calls them out. It is everything average American citizens wish they could do. He’s the megaphone speaking what so many of us feel, and it’s really nice to have a voice and be heard for a change. As for the establishment, we’ve been ready to send that group sailing for some time. Donald Trump just makes it seem like a possibility.

I love Donald Trump's immigration policy. It is about time we have someone who will call a spade a spade. Illegal immigration is killing our country, hurting families and our convoluted immigration system makes it extremely difficult for legal immigrants to legally come to our country.

5. Donald Trump Takes on The Media

I love how Donald Trump puts the media in their place. That is worth his weight in gold. I am so fed up with the media’s holier than thou attitude, shoving their agenda down my throat and flooding the airways with useless nonsense. Donald Trump stands toe-to-toe with these self-proclaimed media Gods and puts them in their place regardless of what media outlet they are with. That was the thing I enjoyed most about Donald Rumsfeld. I sure miss those days. But this Donald is certainly holding his own and it is really refreshing to see the media squirm for a change. That alone is worth the vote.

These are the reasons Donald Trump’s poll numbers are so high. He resonates with ordinary, average Americans who are fed up with business as usual. They are the reasons I would vote for Donald Trump, and, except for reason five (because that’s just too fun to watch), they are also the reasons why I won’t vote for him.

2. Donald Trump is Not a Statesman

It is true that he has not held political office but can you really be in a business like his and not be political to some degree? Companies, universities, even churches deal with some measure of politics. I am looking for a statesman to lead this country not a politician to run it further into the ground, and from what I have seen, Donald Trump makes a very good politician and runs a great campaign, but I don’t see a statesman.

3. Which Donald Trump Will We Get As President?

It is true that Donald Trump has a great position on immigration but I am far from convinced that he means what he says to the point that he will actually do anything about if he’s elected. Mr. Trump has done a lot of major opinion changing on key issues in a very short period of time so the question is which Donald do we believe? His consistent aggressive tone and offensive comments seem to be the only thing we can really count on. Is that really what we want to base our vote on? Is that really who we want representing America? And do we really want our president shouting at world leaders the way he shouts at the establishment? We like Donald Trump the campaigner but we would we like Donald Trump the president?

We like so many of the things Donald Trump says that we ignore all the things he says we find offensive. What kind of message is that sending? President Barack Obama told us exactly what he was going to do if we elected him but we ignored all the transforming America stuff because we liked the hope and change thing. Donald Trump is showing us who he is. Carly Fiorina said it best when CNN’s Jack Tapper cornered her in the last presidential debate about someone with Trump’s temperament having his finger on the nuclear button.

Carly’s very classy response is something we should all really consider. “That’s not for me to answer,” she said. “That’s for the voters of this country to answer.”

If we want business as usual then just vote another politician to the White House. But if you want something different, if you really want to shake things up, try a statesman. They are few but they are out there. And if you take a good look at those running for president, you just may find a few in the barrage of politicians.