"I demand an apology from Hillary Clinton..."

Republican frontrunner Donald Trump on Monday demanded Democratic rival Hillary Clinton apologize for falsely claiming the Islamic State is using videos of him to recruit new fighters — and now the Clinton campaign is out with a blunt two-word response. 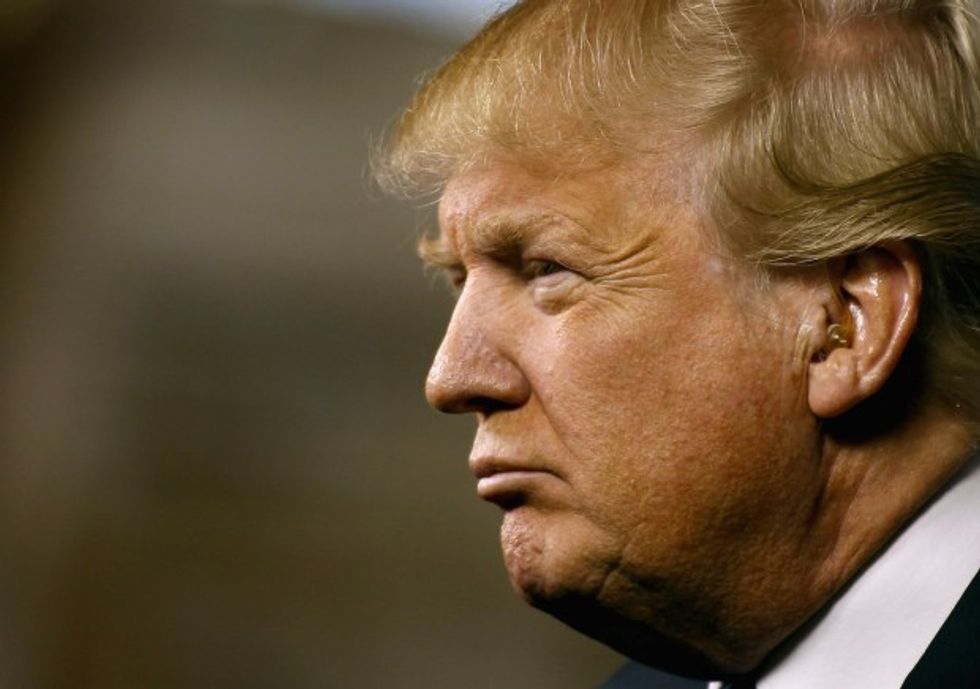 "I demand an apology from Hillary Clinton for the disgusting story she made up about me for purposes of the debate," Trump wrote on Twitter. "There never was a video."

"Hillary Clinton will not be apologizing to Donald Trump for correctly pointing out how his hateful rhetoric only helps ISIS recruit more terrorists," he said in a statement.