Woman who flipped off Trump and then lost her job gets over $85,000 in GoFundMe pledges

The Virginia woman photographed giving the middle finger to Republican President Donald Trump's motorcade — and who then lost her job over it — has received over $85,000 in GoFundMe pledges in just eight days. (Brendan Smialowsk/AFP/Getty Images)
Dave Urbanski

The Virginia woman photographed giving the middle finger to Republican President Donald Trump's motorcade — who then lost her job over the viral image — has received more than $85,000 in GoFundMe pledges as of Tuesday afternoon.

Set up on behalf of Juli Briskman eight days ago, the GoFundMe campaign apparently attracted the attention of far-left celebrity and fellow Trump-hater Rosie O'Donnell. 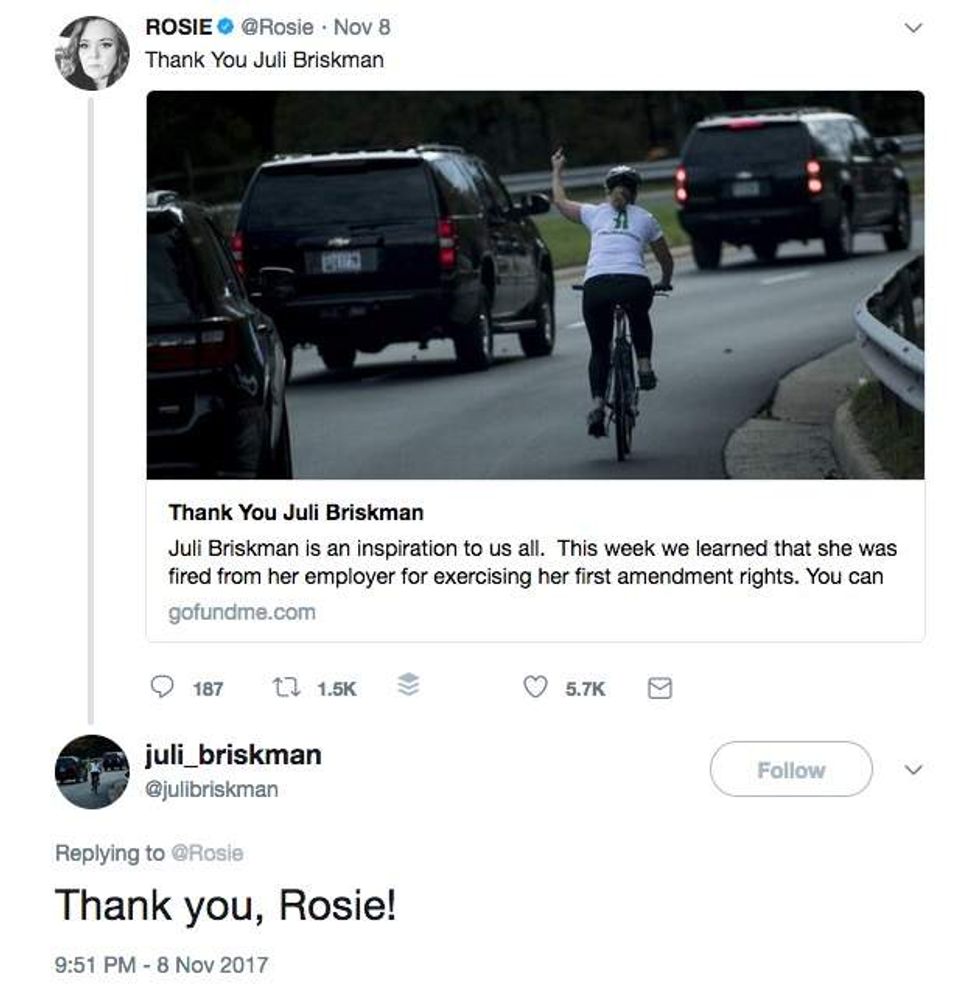 How did this all start?

What did Briskman tell her financial supporters?

"I am not sure what the future holds, but I am buoyed by your support," she noted in a Tuesday update on the GoFundMe page. "For now, I can just say THANK YOU and promise to be a good steward of these funds."

What are others saying? 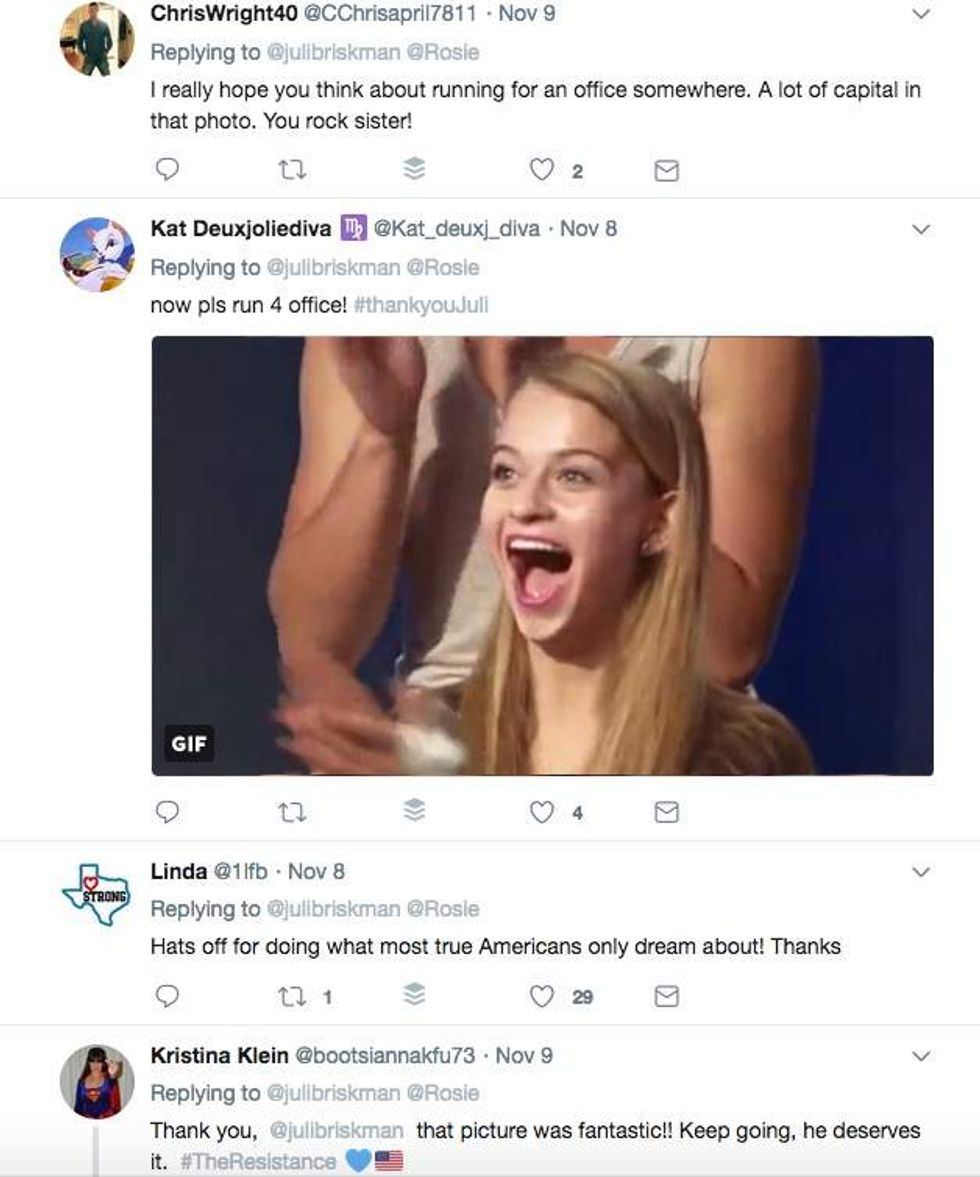