Santorum made his announcement on Fox News after failing to perform well in Monday's Iowa caucus. 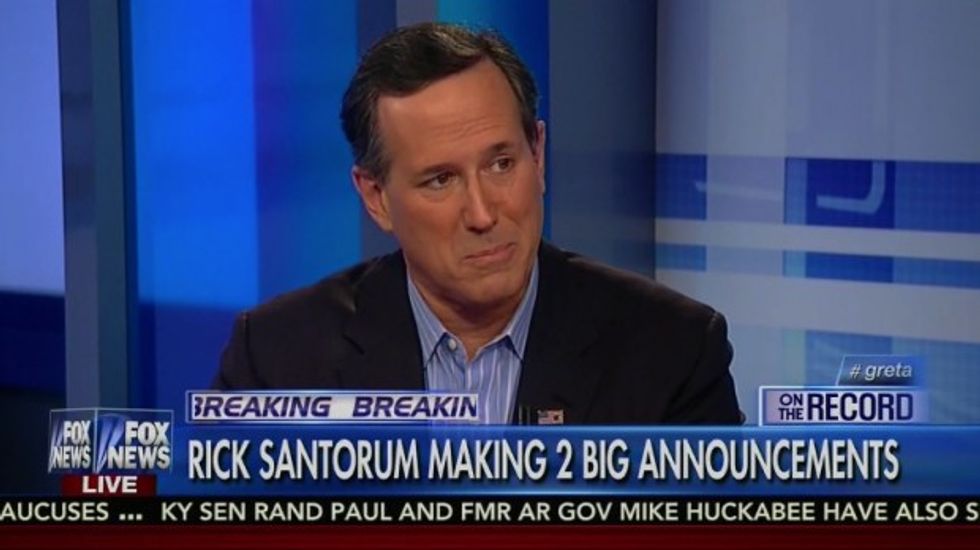 The former senator told host Greta Van Susteren he opted to endorse Rubio because of his family values and foreign policy experience.

In a tweet Santorum said it was "just not our year" and encouraged his supporters to rally behind Rubio.

The announcement came the same day Kentucky Sen. Rand Paul announced he would suspend his campaign.