During halftime of a Utah Jazz game, the children of Army Maj. Samuel Sanderson were told there was a special guest they had to find. It was their dad, who had been away with the National Guard for six months. (Image source: Inside Edition)
Sara Gonzales

Army Maj. Samuel Sanderson had been away from his family for six months while deployed with the National Guard, so he wanted to do something special for his children upon his return.

Sanderson teamed up with the NBA's Utah Jazz to shock his son and daughter with a surprise they'll likely never forget.

Sanderson's two children attended the game and were brought to mid-court during halftime when they were told there was a special guest they had to find. They were given blacked-out ski goggles and made their way around the court, with some help from the Utah Jazz mascot, Jazz Bear. As the pair finally approached Sanderson, brushing his uniform with their hands, the announcer gave them the all-clear to remove their eyewear.

"I think you've found him," the announcer bellowed as the children took off their masks.

Their reactions are priceless. 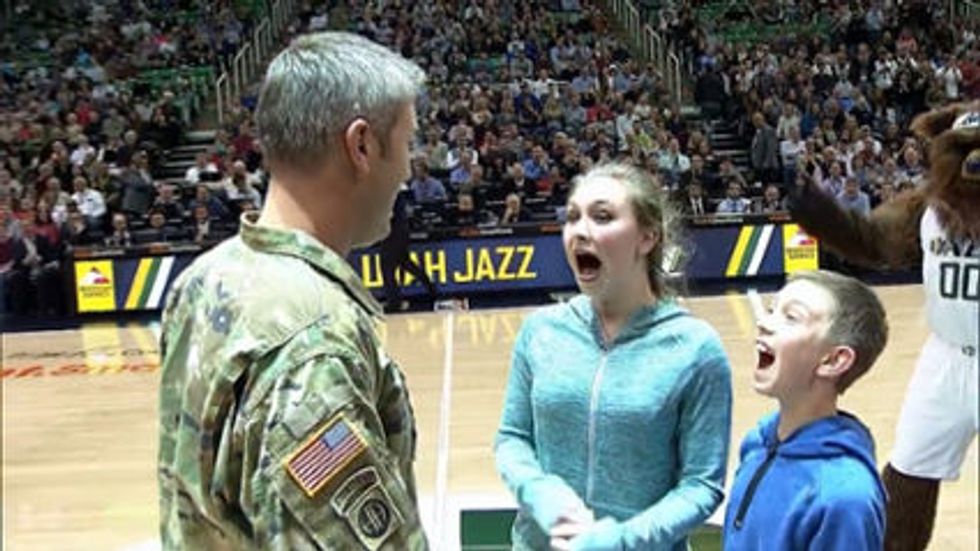