Eric Bolling: Anti-Trump media 'as pathetic as middle school boy with a crush

Fox News host Eric Bolling compared the media to a middle school boy who has a crush on a cheerleader in a scathing critique Wednesday. (Image Source: YouTube screenshot)
Carlos Garcia

Fox News host Eric Bolling assailed the mainstream media Wednesday for what he saw as a biased obsession with the Russian investigation.

"Time to wake up, America," Bolling began on his show "The Specialists." "Last night, we had a special 11 p.m. live show the Fox News 'Specialists' after dark, so to speak. Anyway, during some very heated debate regarding Donald Trump Jr.'s meeting with Russian lawyer Natalia Veselnitskaya, I said collusion in and of itself is not illegal.

"Well, the liberal media went apoplectic," he explained. "But guess what, collusion isn't illegal at all, and chatting about adoption policy certainly is not criminal. Politico magazine published a very nicely researched paper today highlighting several constitutional scholars and prosecutors who overwhelmingly agree with that thesis."

"So, what's all this hysteria about?" he asked. "I think I figured it out last night as well. This is a liberal media 'witch hunt.' A witch hunt not seen since Salem circa 1692."

"Since the election the media have accused Trump of colluding with the Russians," he continued, "they are totally invested in that narrative, completely invested in it. The problem is their investment is going belly up. For six months, the liberal media has delivered what they call 'bombshell after bombshell.'"

"Well, guess what?" he said. "Bombshell after bombshell has fizzled out like a wet bottle rocket."

"But the liberal media keeps on hunting for those witches," he added. "They've become as pathetic as a middle school boy with a crush on the cheerleader hoping for just once she agrees to date him."

"Psst, liberal media?" he said mockingly, "she ain't that into you."

"So instead of beating that Russian dead horse," he continued, "move on to something worth reporting — the economy are off the charts on fire, the borders are tightening, illegal immigration is way down, and ISIS is shaking in their sandals, waiting for another 'mother of all bombs' to be dropped on their you-know-whats."

"Wake up, liberal media, Trump is winning," he concluded, "and I, for one, am totally not sick of winning yet."

Bolling has been an outspoken defender of Trump on Fox News, first on "The Five," and now on his show in the same time slot. Trump Jr. gave the media more reason to obsess over the Russian collusion story when he released emails about his meeting where he hoped to obtain damaging information about Hillary Clinton from the Russian government. 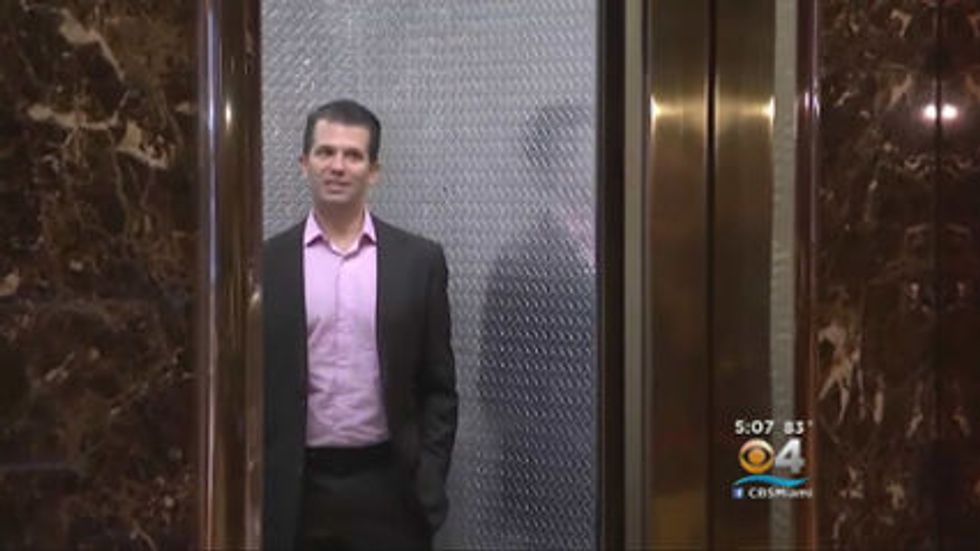