Krauthammer calls this Trump Jr. story a 'red herring the size of a whale

Conservative commentator Charles Krauthammer dismissed a new conspiracy theory that the Obama administration allowed into the country a Russian lawyer to set up Donald Trump Jr. for collusion. He made the comments on Fox News Thursday.

"Well I'm not impressed by the story about the lawyer," he said, "I think it's a red herring the size of a whale. She was a pawn. It doesn't change the central fact in the scandal."

"The scandal is that the email received from an intermediary by Donald Trump Jr. said that a Russian government lawyer, the president is wrong it was not a lawyer, a Russian government lawyer, would be coming with dirt on Hillary," he added, "and that the Kremlin was supporting his campaign, and that the crown prosecutor, that's a misnomer, the state prosecutor in the Kremlin had a trove of documents that they would offer."

"That's the story," he said emphatically.

"I don't think it's illegal," he continued, "I don't think anybody's claiming that it's illegal, but it does, the one thing it does, it totally undermines a six month story from the White House, to which I was sympathetic, that there wasn't any collusion."

"And it undoes the White House story completely," he concluded.

Krauthammer continued later, "Well there's one salient fact here. Hillary is a private citizen. She lost the election. All of this could be true - if people want to go after her to put her in jail."

"Lock her up," he said, apparently referring to the Trump campaign chant. "OK, I have no objection whatsoever."

"The fact is that the president is Mr. Trump," he added. "And this is an accusation that's been made against him. His own nomination for the FBI [director], has said that what Donald Trump Jr. did, what the campaign did, essentially, the top three officials in the campaign, was something that was wrong and they should instead have called the authorities. That's the salient fact."

Baier pressed him on where the crime was, and Krauthammer reiterated that he didn't think there was a crime, but that there was six months of deception from the Trump campaign.

"I'm willing to concede that it's not a criminal act, but it's certainly an unethical act," he concluded.

Some defenders of the president have latched onto details about Natalia Veselnitskaya, the Russian lawyer who met with Trump Jr., to imply that she was part of an effort by the Obama administration to entrap the president's son. The New York Times revelations about the meeting has led to Special Counsel Mueller expanding his investigation into Russian collusion to include Trump Jr's emails. 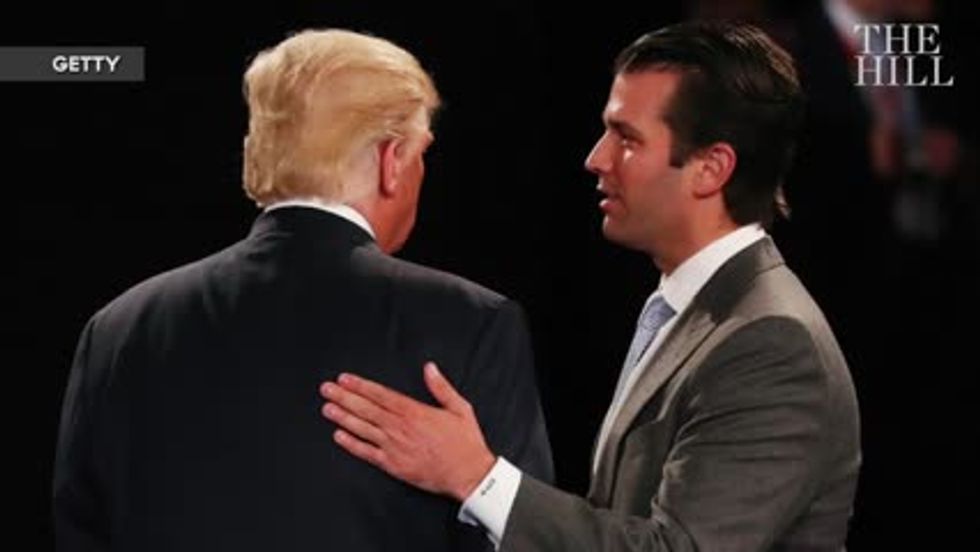