'Stop your hate! Drag is great!'

If you're wondering whether or not the controversial Drag Queen Story Time phenomenon has been gaining or losing popularity, a video shot outside Pennsylvania's Lansdale Public Library this weekend should answer that question.

It showed two kids engaged in a counterprotest against those opposed to drag queens in full costume reading to children — and they chanted, "Stop your hate! Drag is great!" 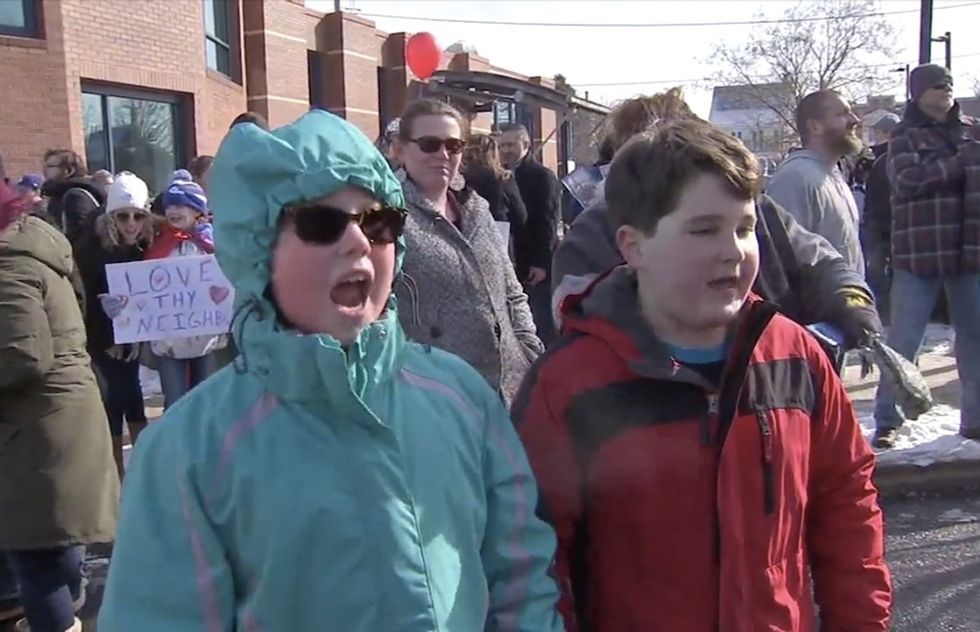 Other folks carried signs that read, "God Thinks Drag Queens Are Fabulous" and "Love Is Love Is Love" and chanted "Love thy neighbor!" 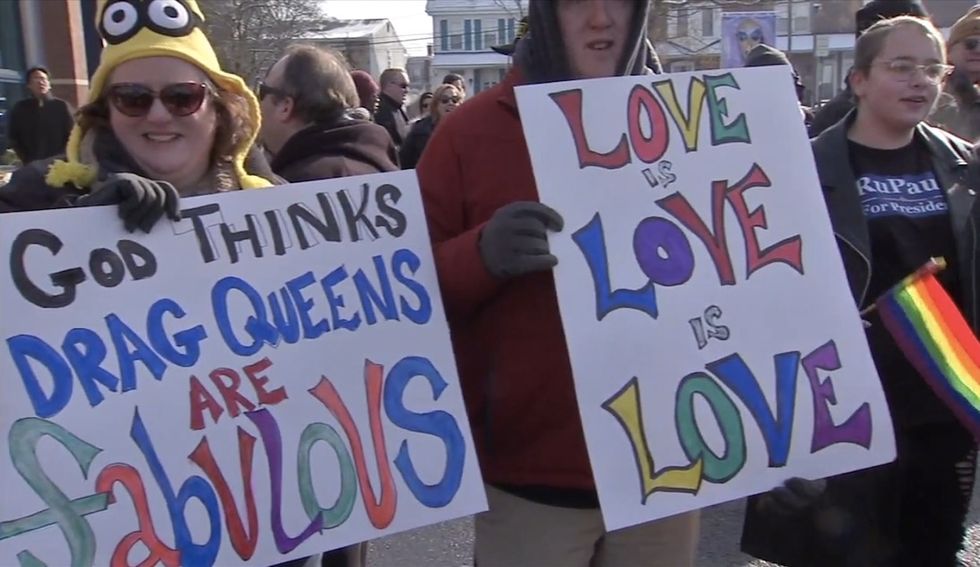 
On Saturday morning inside the library, the individual reading books to children about tolerance and diversity went by Drag Queen Miss Annie, WPVI-TV reported.

But when performing for an adults-only crowd, this drag queen goes by "Annie Christ" — and wasn't pleased with protests against the story time.

"It's like an actor being in a rated-R movie not being able to read to kids," Annie Christ told WPVI. "It's my side job; it's what I do at a club that's 21 and over." 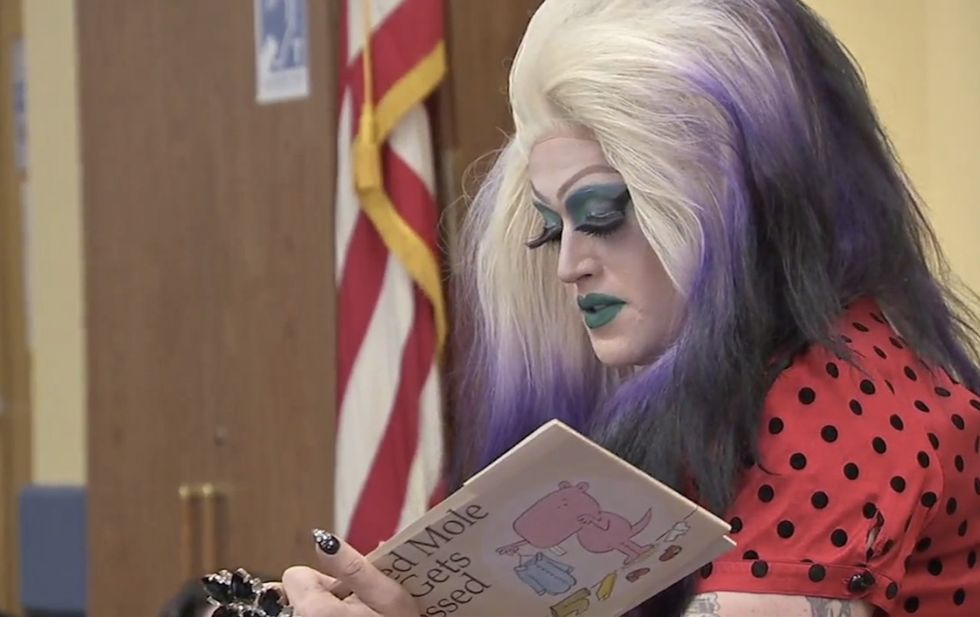 And despite the protests against the story time, WPVI said dozens of families flocked into the library outside Philadelphia to listen to the drag queen read. 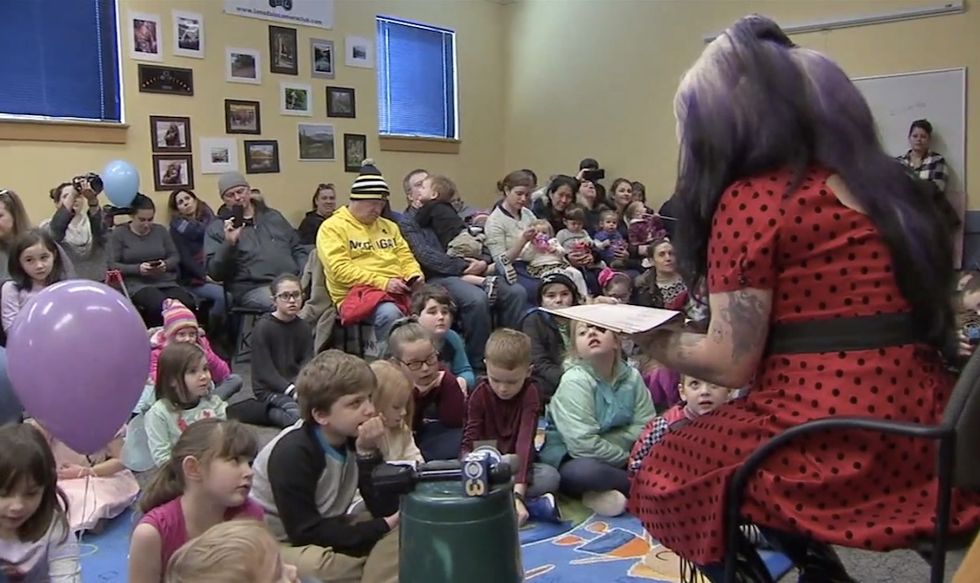 What did others have to say?


"I wanna raise him to accept people and be nice to everyone," mother Missy Bonham told the station.

Tristan Bonham echoed that sentiment, telling WPVI "treat people how you want to be treated."

Outside the library, the station said police lined the middle of the street to separate opposing groups. 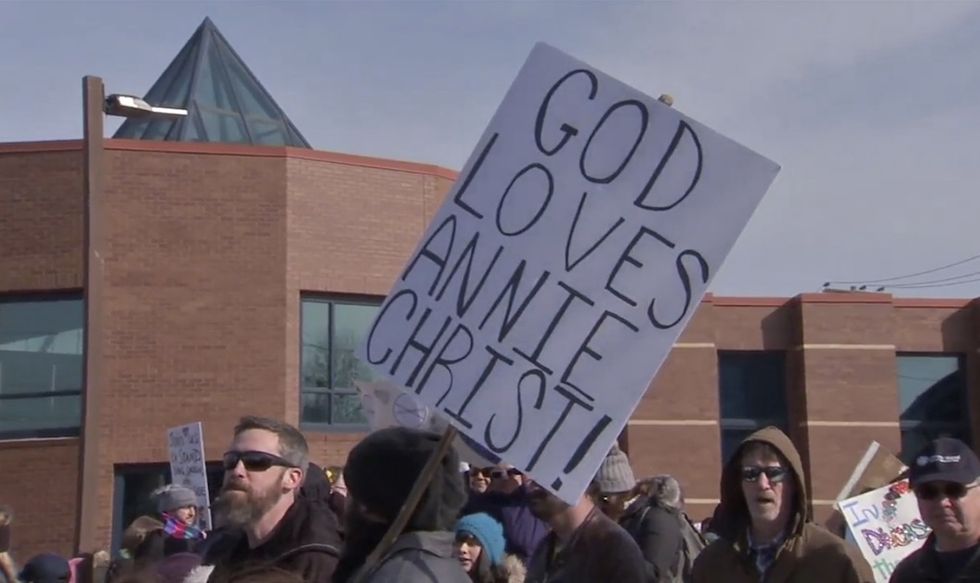 "Annie is in there sharing a message of acceptance and love and being able to be who we are," Elaine Ely told WPVI. 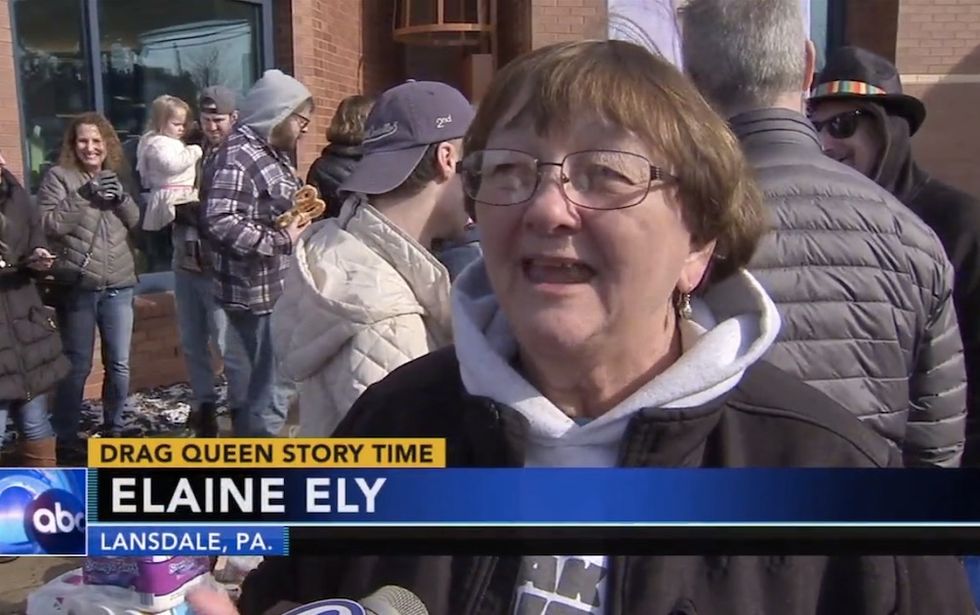 Marilyn Teed disagreed, telling the station "little children, they think, 'Oh well, this is okay' when it's really not natural or normal."

Albert Howard added to WPVI that "If you want to do what you wanna do and be, that's fine. That's between you and God one day, but to teach the kids? No."

Library Director Tom Meyer told the station people have been asking him why the library doesn't have Bible story times. 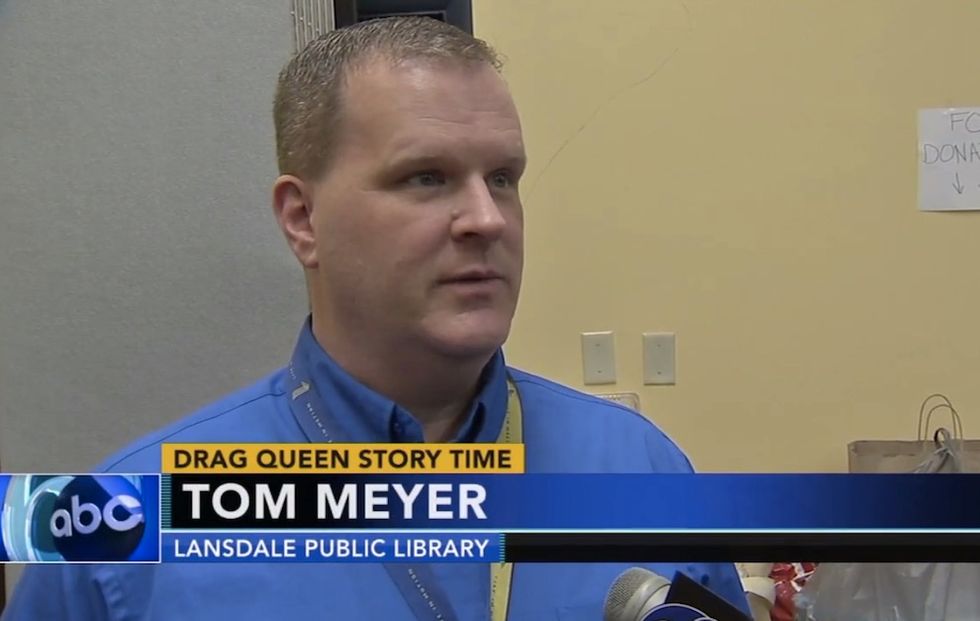 A broader look at the issue 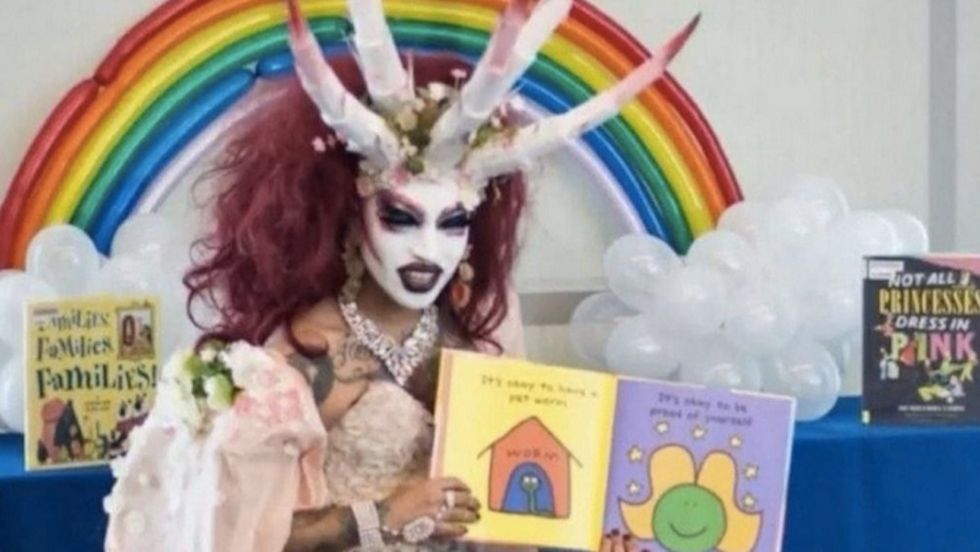 One drag queen involved in pushing a story time reading for kids in Louisiana admitted that the events are meant to "groom the next generation."

LGBTQ activist S. Bear Bergman noted a similar sentiment in his 2015 Huffington Post piece, "I Have Come to Indoctrinate Your Children Into My LGBTQ Agenda (And I'm Not a Bit Sorry)."

"I am here to tell you: All that time I said I wasn't indoctrinating anyone with my beliefs about gay and lesbian and bi and trans and queer people? That was a lie," Bergman wrote. "All 25 years of my career as an LGBTQ activist, since the very first time as a 16-year-old I went and stood shaking and breathless in front of eleven people to talk about My Story, I have been on a consistent campaign of trying to change people's minds about us. I want to make them like us. That is absolutely my goal. I want to make your children like people like me and my family, even if that goes against the way you have interpreted the teachings of your religion."

Kids are getting into the act, too

Some children also have gained notoriety by declaring themselves drag queens.

One started a kid-friendly drag club at his Brooklyn school. 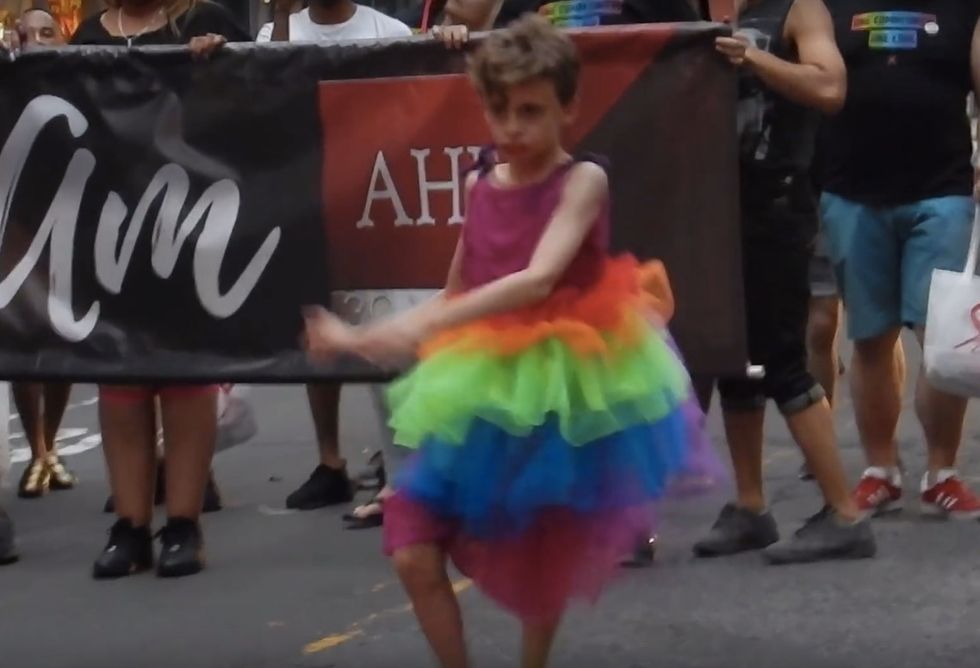 Another child — Nemis Quinn Mélançon Golden — got into drag when he was 7, and then just a year later started going by his stage name "Lactatia." 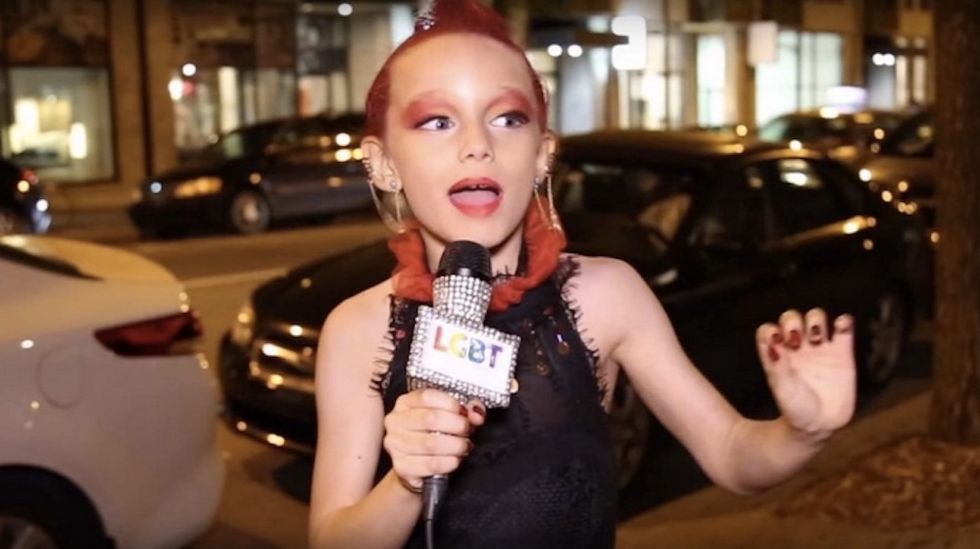 Now 10, he recently was photographed with a nude adult drag star.