The baby was in good condition Saturday at a hospital.

NEW YORK (AP) — A baby was cut from the womb of a 22-year-old woman who was nearly nine months pregnant by a childhood friend with a knife, and the suspect was arrested on a murder charge, police said Saturday. 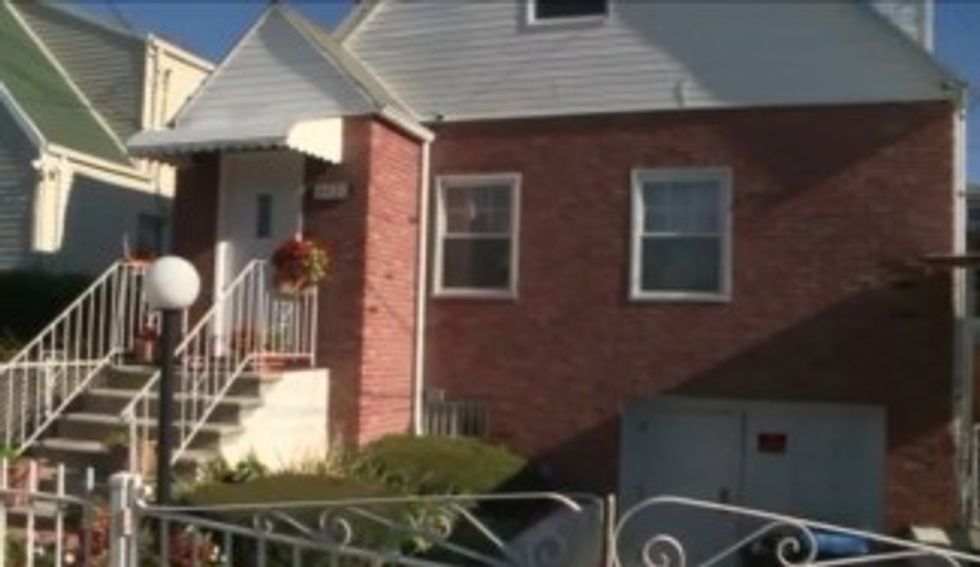 Angelikque Sutton was found in a pool of blood on Friday at an apartment in the Wakefield section of the Bronx. The suspect, 22-year-old Ashleigh Wade, was taken into custody while screaming that the baby was hers, police said. She was being held on murder, manslaughter and weapons charges.

The bloody crime scene baffled investigators, who ordered blood tests to confirm that the baby girl, named Genesis, belonged to Sutton, not the suspect.

Detectives discovered a knife and placenta in the blood-spattered apartment building when they responded to an emergency call from the Wade's boyfriend, who had been called to the scene, police said. Emergency workers tended to the baby, swaddled in a blanket. The newborn was in good condition Saturday at a hospital, police said. But Sutton died Friday evening. Her boyfriend said the couple was supposed to be married on Friday and had been together for eight years, according to the Daily News of New York.

City Councilman Andy King, who was briefed on the case by investigators, told The Associated Press that the victim had been strangled then stabbed.

"I am very disturbed," King said. "This is a horrific incident."

Police said they have no knowledge that Wade had been pregnant or was currently pregnant and did not appear visibly so when taken into custody. It was not clear if she had a lawyer who could comment on the charges.

Angela Parris, a nurse and the Wade's landlord, told the Daily News that she believed her tenant was expecting.

"She looked pregnant, she was pregnant," Parris told the newspaper. "She was getting ready to move to get a bigger apartment."

Wade told detectives she was a childhood friend of Sutton's and the two had rekindled a relationship in recent months, officials said. Investigators are not sure what sparked the violence.

Sutton's family did not comment outside the hospital, according to news reports. Calls to her home went unanswered Saturday.